Camille Gregory's Simple Wish - To Complete a B.Sc. in Chemistry

This year, the Department of Chemistry has seen just over 100 students receive B.Sc., M.Sc., and Ph.D. degrees. This week, as Fall Convocation celebrations take place, 30 of these chemistry students will be recognized. For those students, it has taken years of hard work and dedication; all of the papers are now written, and exams are now passed. It is their time to shine - 15 seconds of academic fame – to walk across the stage and be handed a gold embossed piece of paper. While it seems almost comical that such a simple token can sum up such a great achievement, these degrees will hang on the walls of offices for the unforeseeable future. A symbol of pride and perseverance, that yes, you did it. While each and every UBC Chemistry graduate will experience that sense of accomplishment this week, it is doubtful that this feeling will be as great as it was for Camille Gregory, UBC Chemistry class of 2012.

Camille was born on February 21, 1989 and grew up in Sunshine Hills, North Delta, BC. By the time Camille was enrolled in Seaquam Secondary School there were several things she was sure of: she loved to travel, she loved being active, she loved chemistry and she was going to do it all. First, Camille travelled the globe visiting Japan three times through her work as a model.  She also travelled to Mexico the Carribean, the UK, and many other European countries.  Next, Camille played club volleyball winning BC championships with “Team Synergy” and “Big Kahuna” – landing herself on a team roster for the BC Summer games in 2004.

Then finally, in 2007, upon graduating from Seaquam with an outstanding academic record, it was time to get serious. So Camille applied, and was accepted, to the University of Victoria Chemistry Co-op program. But after 2 years at UVic, Camille was delivered some life-changing news, as she was diagnosed with Malignant Melanoma a form of skin cancer.

For many in Camille’s shoes, this would have put a screeching halt on life. Not for Camille. She was going to do it all. In 2010, Camille transferred to UBC in the Chemistry Honours Co-Op program. This allowed her to stay closer to her family, her doctors, and continue her studies. But to say that she just continued her studies is a grave understatement, as she excelled amongst her peers.  A straight-A student, Camille took on co-op positions abroad, determined not to give up her other passions for active adventures. One of these positions included a posting in Berlin, Germany working for Bayer Pharma in 2011. While in Germany, Camille kept active, and continued to globe-trot by cycling to Poland.  By August 2011, Camille was preparing to begin her final year of classes, and an Undergraduate Honours Research Project with Dr. Mark MacLachlan – this in spite of the news that the cancer had metastasized to her liver. 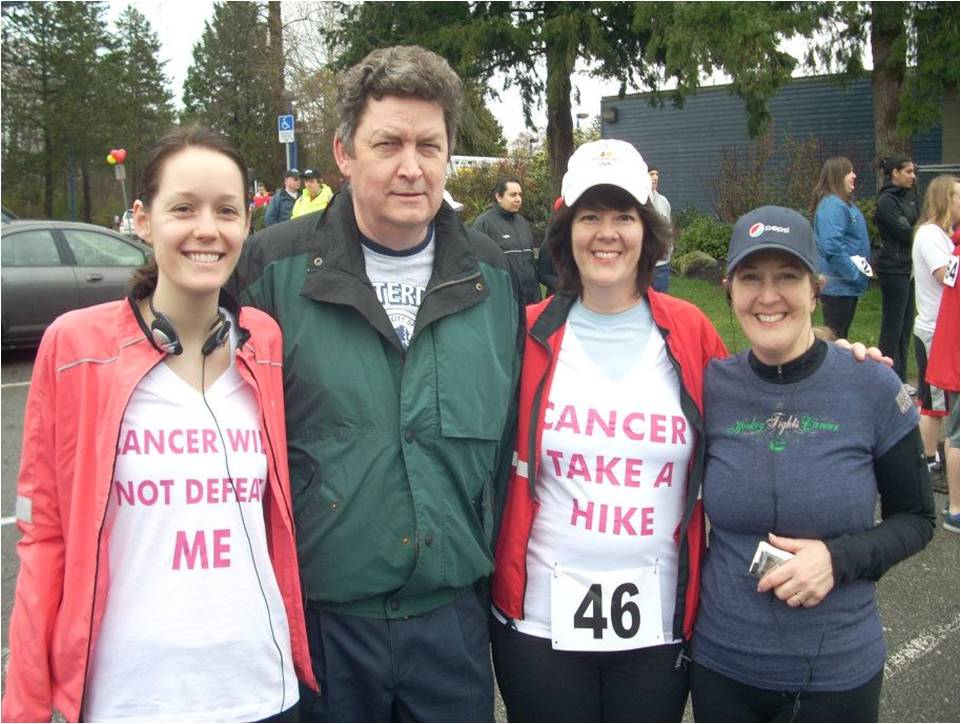 At this point, it should come as no surprise that this did not stop Camille from beginning work on her research project. Working under Ph.D. Candidate Kevin Shopsowitz on making organo-silica thin films templated with nano-crystalline cellulose, Camille felt at home in the lab. Her love of chemistry grew and the comradery involved with working in a laboratory setting caused Camille to thrive.  According to Dr. MacLachlan, “Camille was a motivated and enthusiastic scientist - she accomplished more in her first 4 months in our lab than most students do in a full year!” But taking a challenging course load while undergoing chemotherapy is not for the faint at heart; extending her studies into the summer allowed for her to complete the research project and submit an undergrad thesis. She received full credit for the course in July 2012, thus completing the requirements for a Bachelors of Science degree, Major in Chemistry.  She had done it. 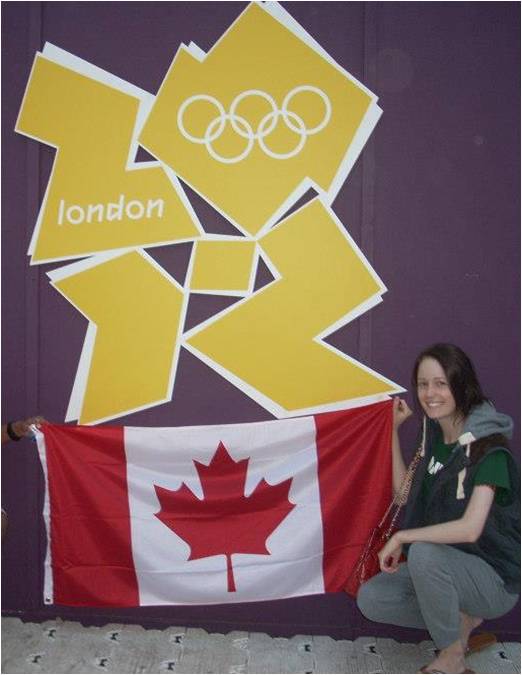 To celebrate, Camille travelled to London, England to take in the Summer 2012 Olympics Games. Upon returning, her conditioned worsened and on September 7th, 2012, she was admitted to Surrey Memorial Hospital. Camille knew this was the end of her life – but she had travelled, she stayed active, she was a chemist. She had done it. When her father asked her in the coming days if there is anything special she wanted, she could only think of one thing. Her golden embossed piece of paper – 15 seconds of academic fame – because as all university graduates will agree, it is one thing to know you have succeeded, but another to hang it on your wall.

The day following this request is 24 hours that the Chemistry Department and UBC as a whole should be extremely proud of. Dr. Gordon Bates, the Senior Undergraduate Academic Advisor in the Chemistry Department set out and had Camille’s degree conferred by the UBC Senate, and had the diploma in hand. A small ceremony including Dr. Mike Fryzuk (Head of Department of Chemistry), Dr. Ian Cavers (Associate Dean, Curriculum and Learning, Faculty of Science) and Mr. James Ridge (Associate Vice President and Registrar, UBC) and Camille’s closest relatives was held on September 13th, 2012 at Surrey Memorial Hospital. She was presented her diploma for the completion of her Bachelor of Science degree at UBC with no less pomp and circumstance than that which she deserved. Four days later on September 17th, 2012 Camille Gregory B.Sc. passed away peacefully at the age of 23. 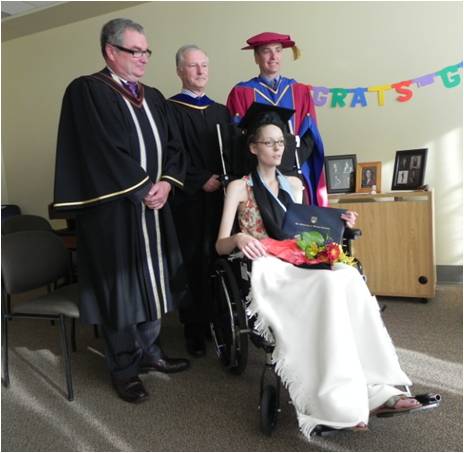 This week, we acknowledge and thank the UBC Chemistry community for their action, allowing all graduates to be recognized and honoured. And, as we celebrate the triumphs of the other chemists graduating with degrees, we will be thinking of Camille; a source of inspiration, courage, determination, and achievement.

Nov 25, 2012 - The Ubyssey - Remembering Camille Gregory, a student who finished her UBC degree while battling cancer